This bridge is on fire 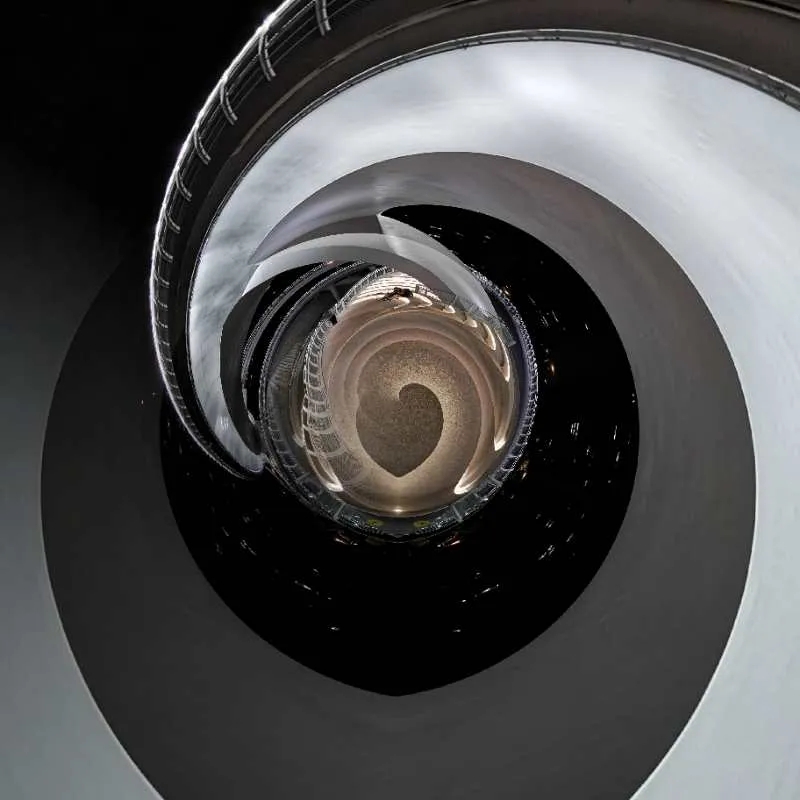 How was this new "net red bridge" born? 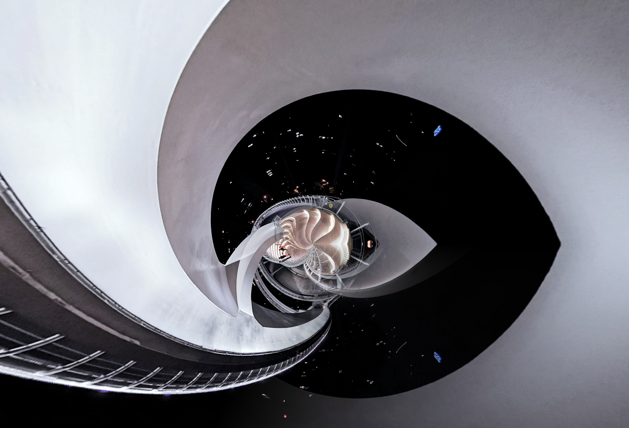 The reporter exclusively interviewed the responsible architect of Wuchazi Bridge, the cultural creative director of Sichuan Provincial Architectural Design and Research Institute, Lu Rui, director of planning and design of the fifth design institute, and the construction unit responsible for the production and installation of the steel structure of the bridge, revealing the "net red" The road to birth. 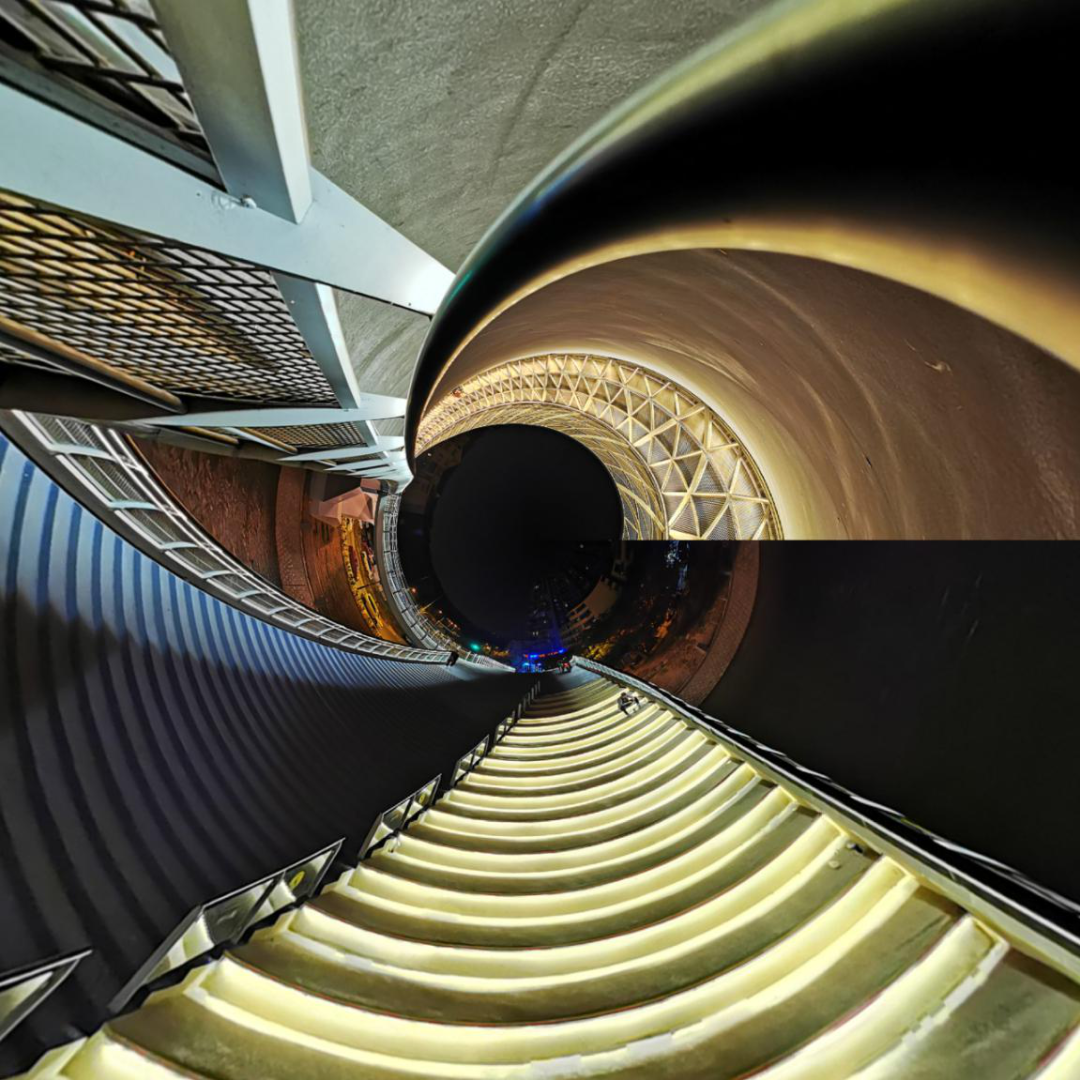 + High-quality control of the project landing 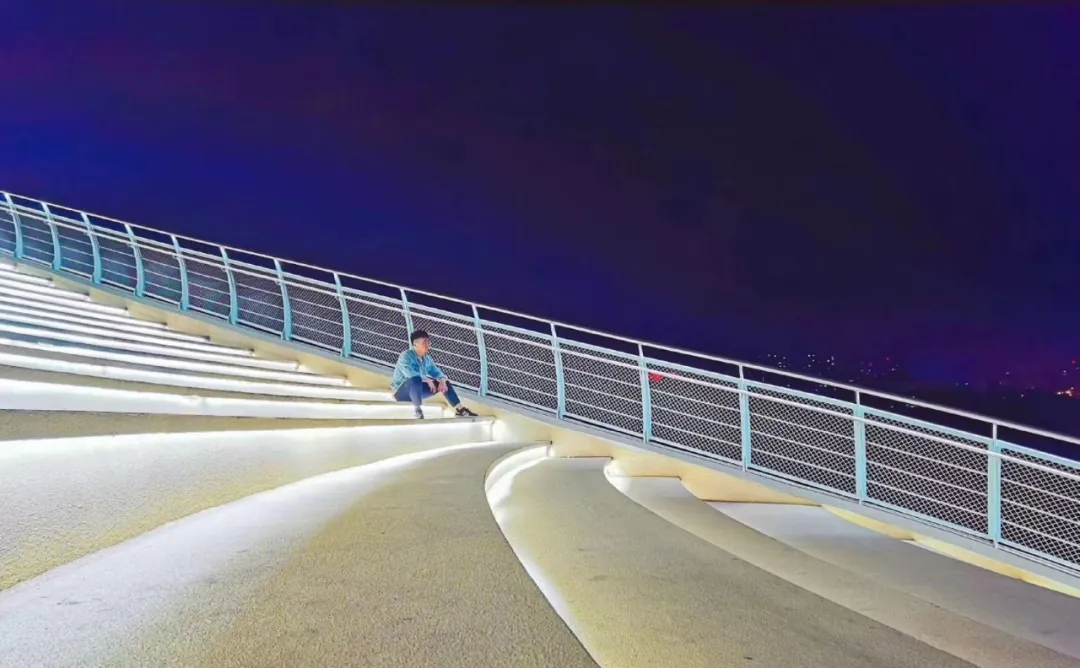 This popular "Net Red Bridge" is called Wuchazi Bridge, which is an important pedestrian bridge connecting Zhonghe and Gaoxin.

The bridge is divided up and down into the main bridge and the auxiliary bridge. The main bridge is on the upper side and the slope is suitable. It is a bridge body that connects the green roads on both sides for bicycles to pass through smoothly. Provide a different kind of stay experience.

Compared with ordinary bridges, the unique sense of shape is the biggest highlight and characteristic of this bridge. 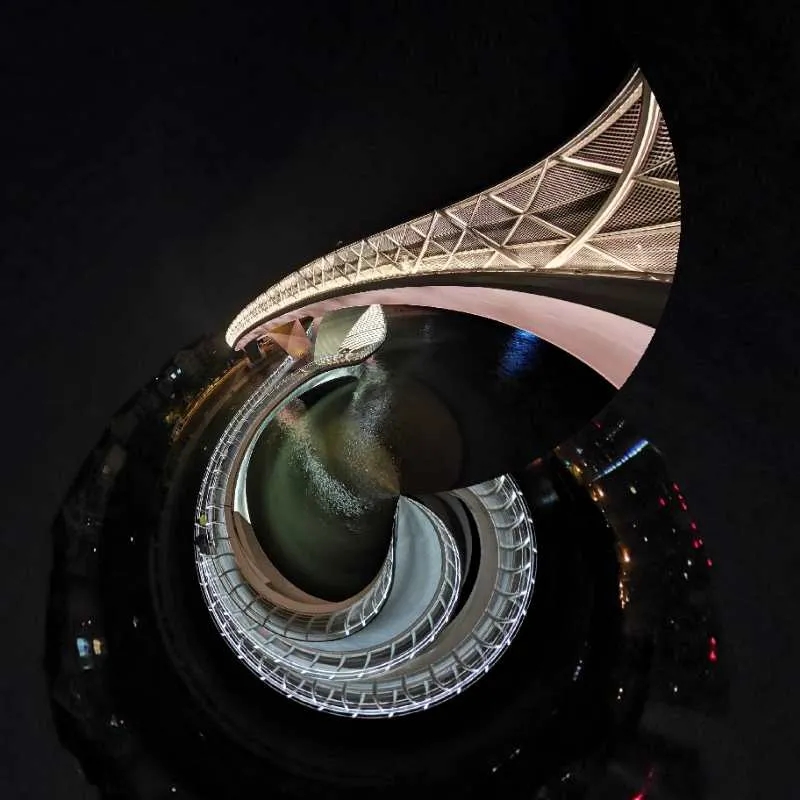 Rotating one side of a piece of paper by 180 ° and connecting it to the other side can form an "infinite ring" with no starting point and no ending point, that is, "Mobius ring". Since the discovery of this concept by German mathematicians, astronomers Mobius and John Justin in the 19th century, many artistic creations have "received it". When this idea was used to build bridges, Chengdu's first "Mobius Ring" shaped arch bridge, Chengdu Wuchazi Bridge, was born.

The creator of this blockbuster, designer Bai Xi, said that because there are too many routine shots of bridges, "flying in the sky, running on the road, and reflecting on the water, all angles are shot", so he opened up his own way. Through the second creation after shooting, another method is used to highlight the bridge's sense of modernity and technology. 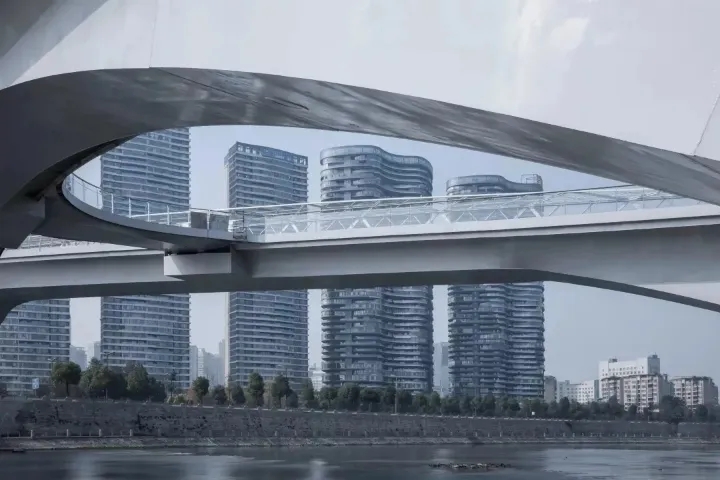 "This idea was born in 2015 and is the result of the smart integration of the Sichuan Architectural Design and Research Institute team." Lu Rui said that at that time, the design team felt that to show the infinite possibilities of the high-tech zone on a bridge, they must be brave in breaking innovation Shackles, after deliberation with the model of the German consultant team, fully implemented this concept into the design of the entire bridge.

"The rare thing is that from the concept's birth to its final implementation, it is the same concept from beginning to end and has not been adjusted." Lu Rui said.

Quality control in the end

This plan was the first in the call for proposals. "Party A likes this concept very much, but whether it is construction technology or quality control of the entire process, personally feel that the challenges and difficulties are great." Lu Rui said. This project implements the architect responsibility system, which means that Lu Rui is responsible for the landing of the subsequent construction and even every detail.

And he told reporters that the quality control is not only the office data verification, but also squatted out on the construction site. "I still remember that during the implementation process, I and the relevant person in charge of the design unit and the construction party went to the processing plant together, and each of the steel box girder structures of the bridge body had a total of more than 40,000 steel plates. test." 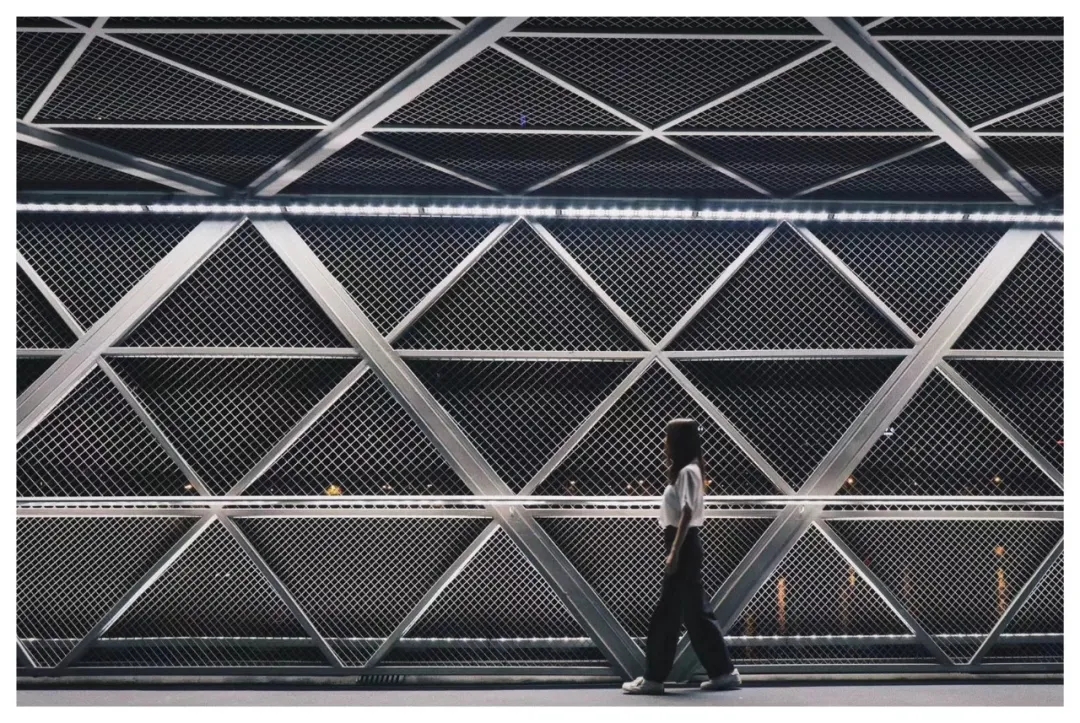 As for the building materials on other bridges, everyone is also striving for excellence and choosing the best. Taking the simplest paving as an example, the design team selected three comparison schemes of colored asphalt at the time and put it in the entrance of the canteen of the construction unit for a six-month actual measurement. Finally, the best choice was made to determine which one to use. The landscape details such as railings and canopy were also changed again and again on site; the lighting scheme was also changed over and over again until the effect was achieved.

To turn the perfect design plan into reality, it is necessary for the "skilled craftsmen" of the construction unit to use their own wisdom to overcome difficulties and use skill.

The most intuitive image of the "Mobius Ring" is the infinity symbol "∞". Like this symbol, the upper and lower edges of the Wuchazi Bridge extend from the Jinjiang side of the Chengdu High-tech Zone, meeting at the highest point from the water surface, and dispersed again Arriving on the other side, looking from afar, like a dragon snake leaping. 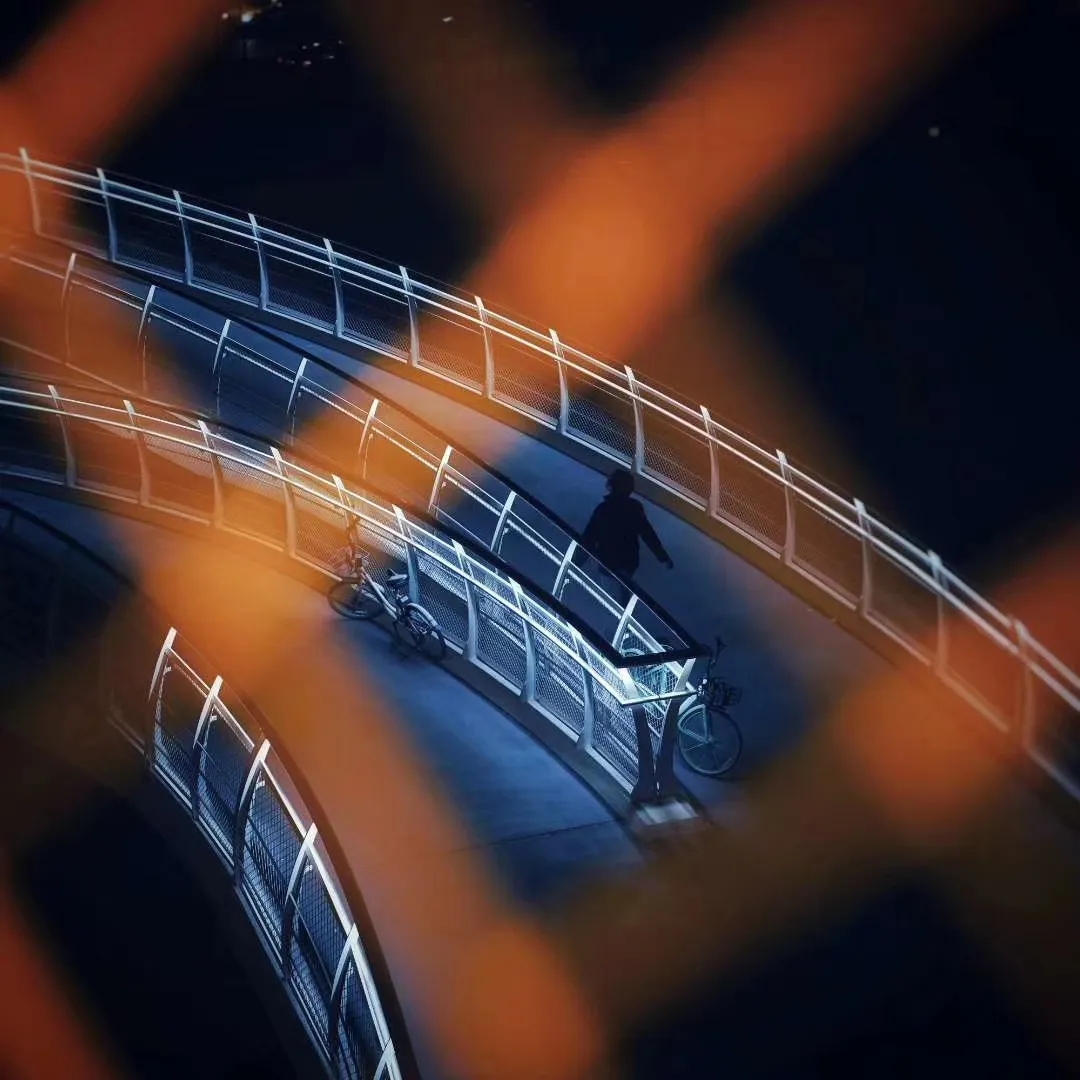 The trick of this special-shaped bridge is the 4,000 steel plates with different sections, arcs, weights and shapes.

According to Wang Pu, the person in charge of the bridge technology from Wuye, China, each section of the steel box arch of the bridge is a space-shaped curved surface structure. The thickness of each curved sealing plate is only 6 mm, and the processing accuracy is controlled within 1 mm .

At the Xihe base of the Wuye Steel Structure, each original steel plate of the bridge is supported by a "column group" deepened according to computer modeling and drawings, so that the height difference of the column perfectly matches the design arc.

At the beginning of the design, the Wuchazi Bridge “demanded” the harmonious unification of light, shadow and shape. In order to "brightly shine" in night lighting, the project team's construction and welding process will reach a new high.

In order to avoid the common welding seams and rough wear marks in bridge construction, the construction team of China Metallurgical Project innovatively proposed the "triple grinding" process, and invented the installation support system and use method of large special-shaped components for the limitations of tidal flat installation ——Establish a space coordinate system for accurate measurement in advance, and then combine cumulative continuous pre-assembly with computer-assisted pre-assembly to greatly improve the lifting accuracy and splicing effect. 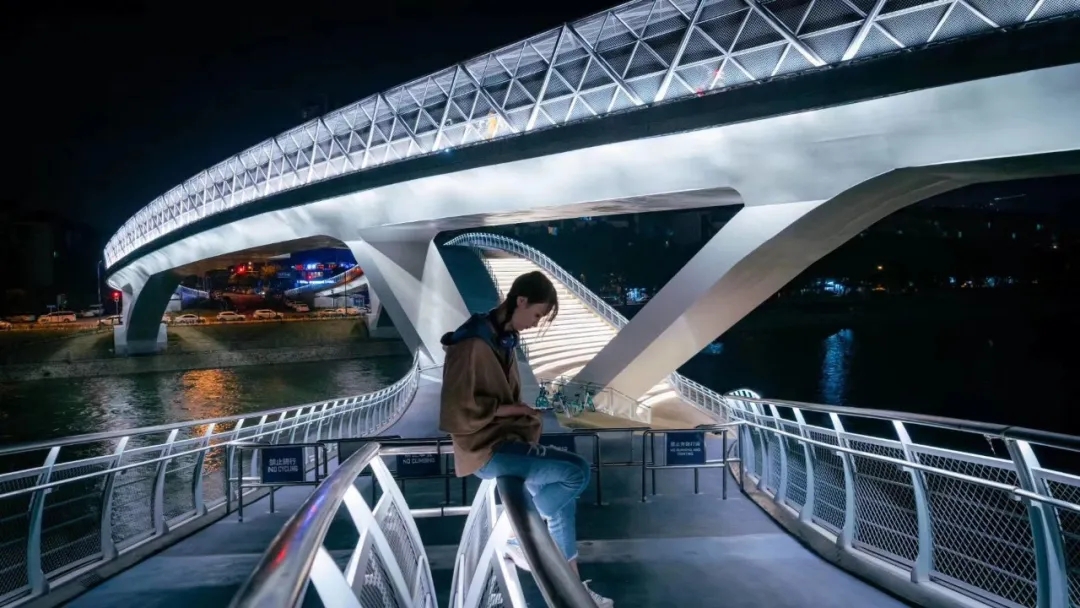 Under the refined "no trace" construction, the Wuchazi Bridge, "Ping Ting Huan Na" stands on the Jinjiang River, with different styles in the distance.

And as an important process of welding, it is also "different" on the Wuchazi Bridge-the welding operation is not carried out outside the steel box girder, but inside it.

This means that the workers engaged in welding on site must withstand the high temperature and sultry heat above 50 ℃ until the welding between the two steel box beams is completed. 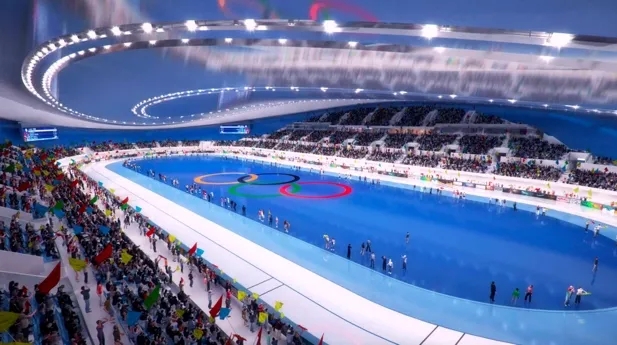 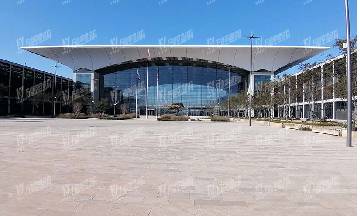