In 2020, the NFL will add two brand new stadiums, one of which is SoFi Stadium, home of the Lightning and Rams.

The new stadium is called SoFi Stadium, which is a combination of the first two letters of Social and Finance. The stadium and surrounding facilities cover a total area of 1.2 million square meters and cost more than 35 billion yuan. With 70,240 seats, it can hold more than 100,000 people in total. When completed, it will become the largest stadium in the NFL.

SoFi Stadium can be said to contain rich technological elements. Looking at his shape first, it looks like a fan, which reminds people of the horns of a ram. SoFi Stadium adopts a closed design so that it can control the interference of extreme weather to the game. The entire top of the stadium adopts a single-layer ETFE film structure with excellent light transmission to ensure that the stadium can also have good light conditions during the day.

Inside the SoFi stadium will be an extraordinary world. A total of 2500 sixth-generation wifi transmitters will be installed, and the Internet speed will be 4 times that of ordinary wifi. At the same time, 2,600 4K high-definition screens will be installed throughout the stadium, so that fans will not miss the exciting game when they leave.

The essence of the entire stadium is above the stadium. The NFL's first "O"-shaped double-sided display will become the absolute protagonist of the stadium. 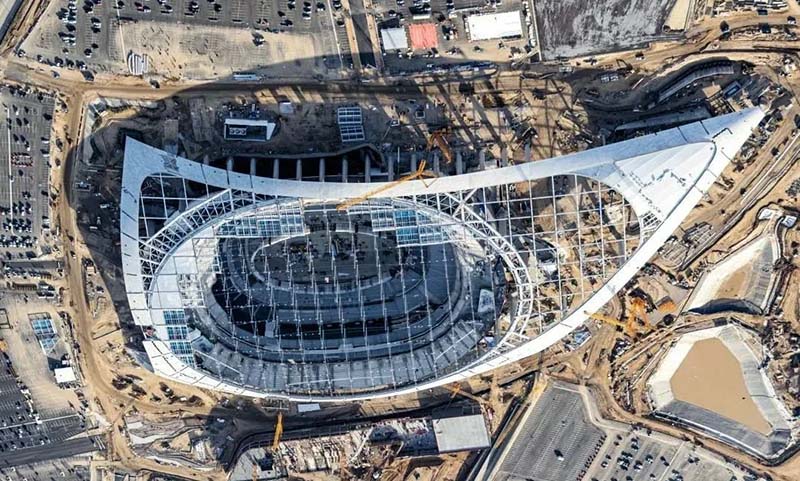 The display screen is made up of countless LED screens. The entire surrounding screen will be 100 meters long and 55 meters wide, with four floors on the east and west sides and two and a half floors on the north and south sides. If the seat is in the infield close to the stadium, the audience will see the screen in the inner circle if they look up; and if they sit in the higher stands, the audience will see the screen in the outer circle.

There are a total of 3 large "balconies" in the stadium, where fans can take photos, socialize, and watch the game in a relatively open area. 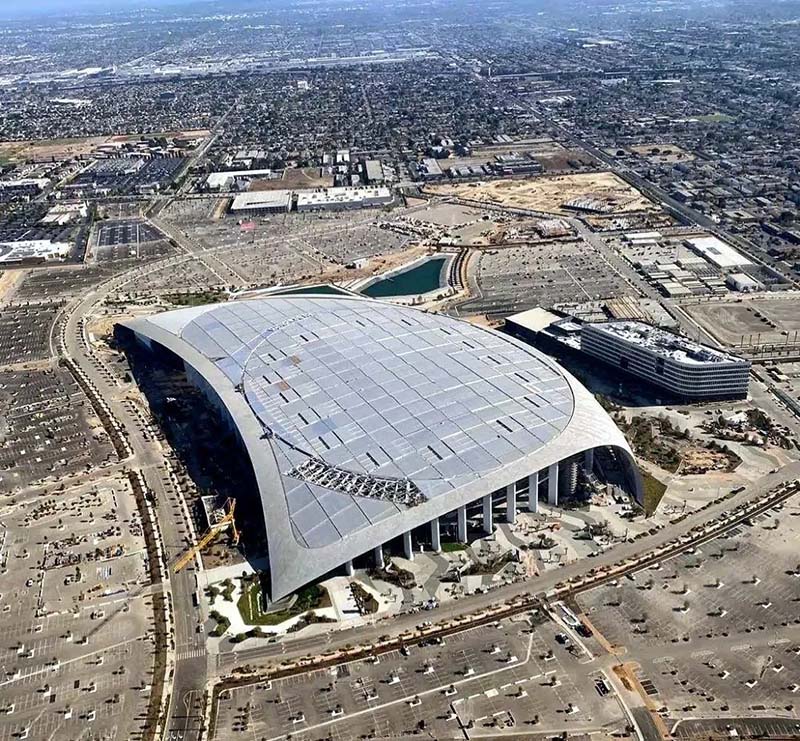 Source of part of this article: Sohu NFL Football 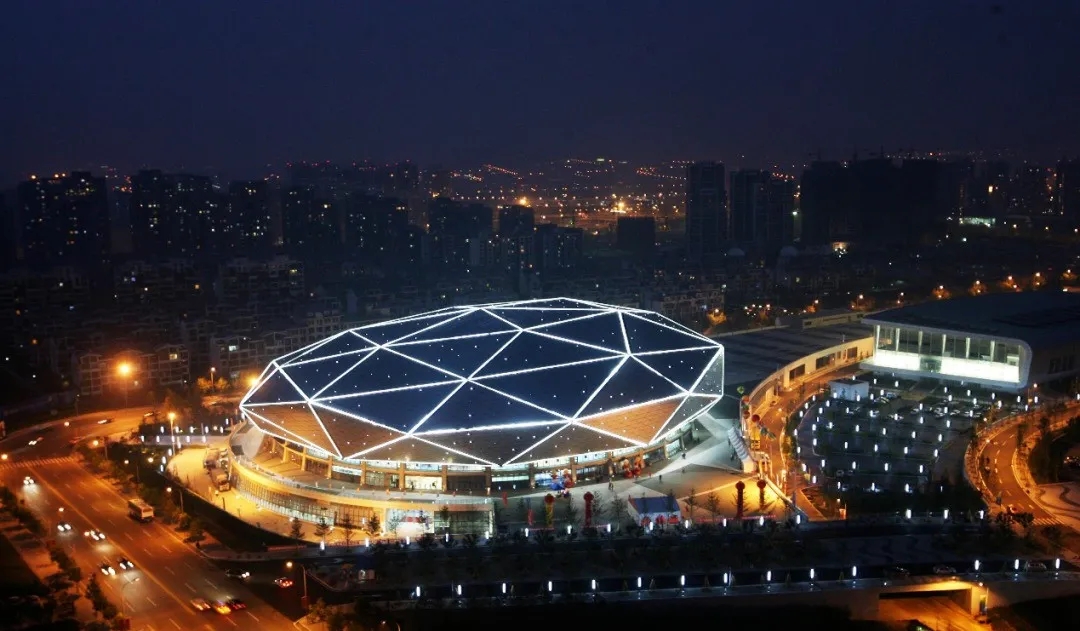 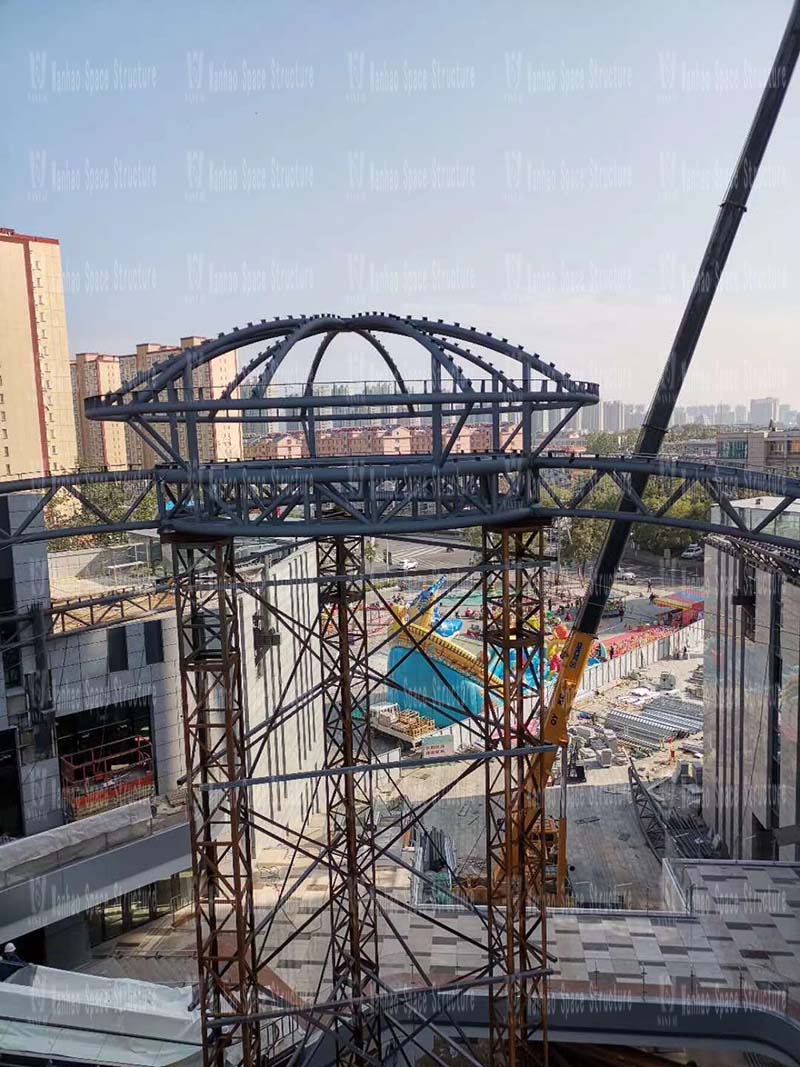